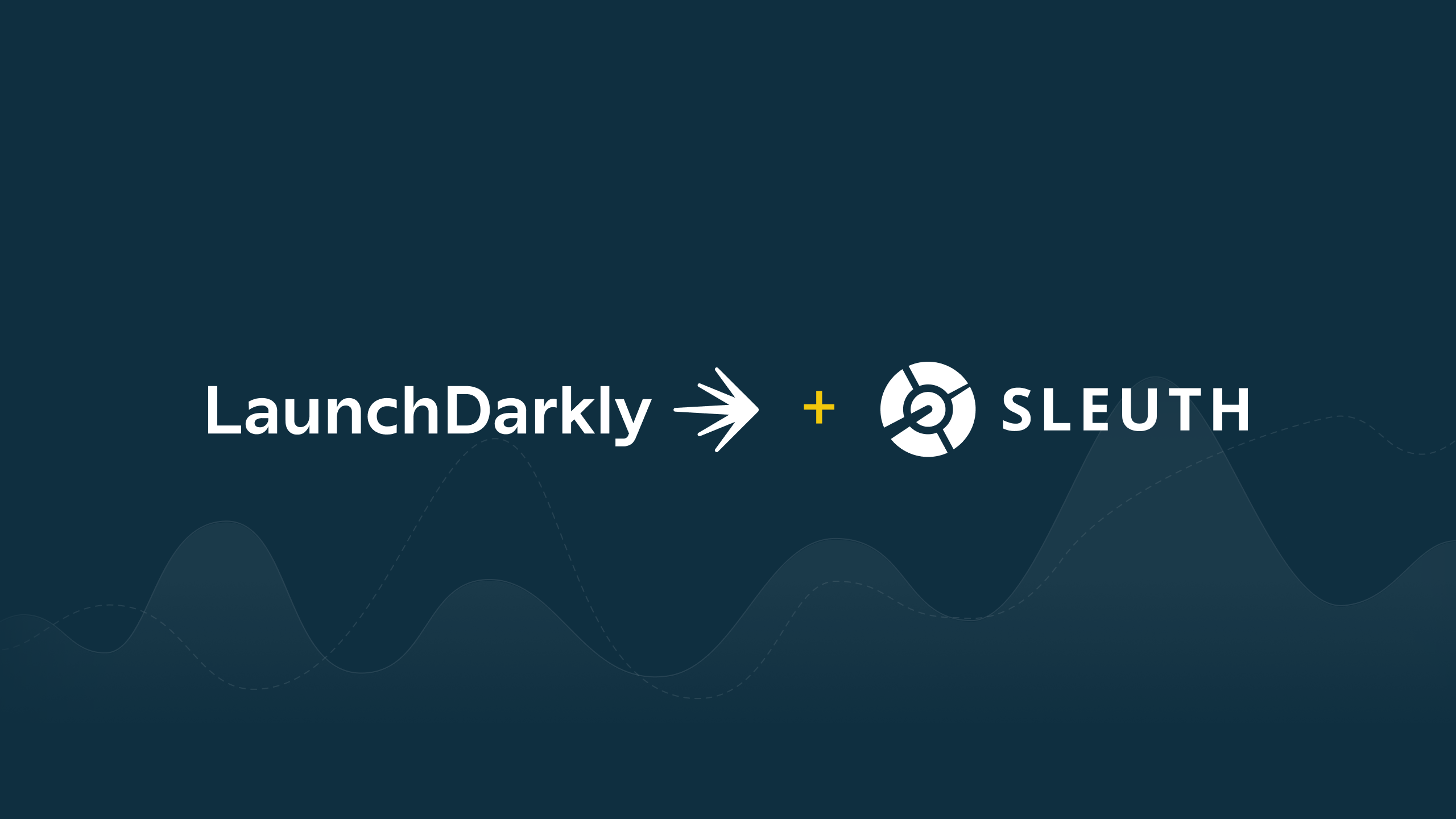 Today, we’re excited to announce you can now integrate LaunchDarkly with Sleuth, allowing you to track feature flags as a source of change in your DevOps stack. The Integration LaunchDarkly gives developers fine-grained control over which users see which features, and with our native LaunchDarkly integration you can now track the status and impact of feature flags relative to other source changes in your projects, such as code, issues, etc.

With our integration, Sleuth can capture the full state of feature flags at deployment time. This helps you keep track of the affected code deploys, what environment the change occurred in, who changed the flag, and flag descriptions and flag value states, both before and after code deploys.

To get started, click on “Integrations” in your navigation sidebar, and select LaunchDarkly from Change Source integrations. Please take a look and let us know what you think!

A critical aspect of modern continuous delivery is the ability to test features, both internally for QA purposes then against a subset of your user population to validate that your feature adds value for your users. In order to correctly validate a new feature, your product team needs to be able to observe user reactions to the feature isolated from other changes, and establish acceptance criteria for considering a feature’s core hypothesis to be validated.

For example, if I as a product manager expect that by virtue of reducing the number of clicks required to submit an action for process X from five to three clicks I will see users successfully complete this journey 35% more often, I would create a feature flag for a statistically relevant segment of my user base with this feature flag enabled and compare the behavior of that segment with the rest of the user population to understand whether my hypothesis is validated.

This type of high-fidelity testing was virtually impossible in legacy waterfall release cadences, where you might only have one massive user-facing release a year or longer, but is integral to the promise of unlocking user value which comes with continuous delivery.

This is only the beginning of our journey with the Sleuth-LaunchDarkly integration. In coming releases, you can expect to see: native support for environments within projects, which will allow you to quickly grok which flags are enabled in sandbox vs production environments of your application detailed impact analysis of your feature flag deployments - understand how feature tests impact your service SLIs, and how changes to flags may have contributed to exceptions/incidents improved Slack notifications for feature flag changes in Sleuth - more coming on this very soon!

If you don’t yet have Sleuth, sign up free to try it out today!